I opted to fill in the rotatable neck “flange” so that the body would be perfectly smooth and less toy-like, as well as the indented mount area on the bottom of the ship. This was my first time messing with the “super glue and baking soda” method of filling and I have to say it works pretty awesome. So much faster than typical filler. 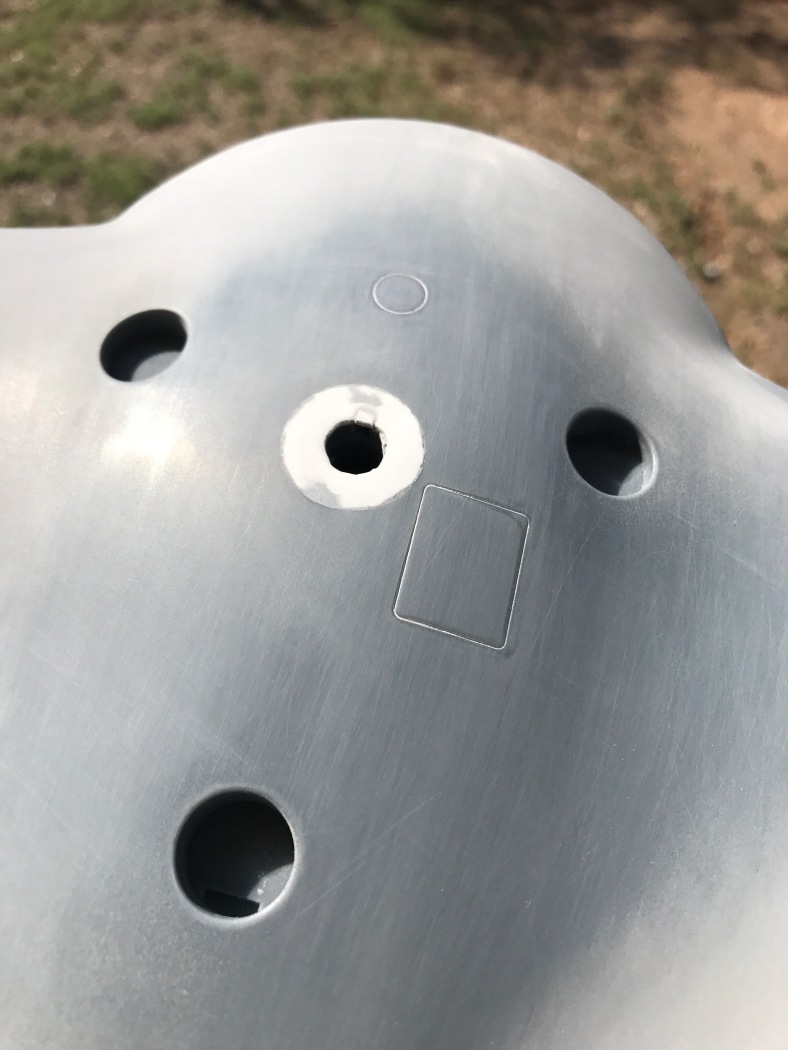 Krylon’s Foil Metallic Copper is impressive. It’s the closest I’ve come to finding a passable metal-look in any kind of paint (admittedly I haven’t used Alclad yet because I stick to acrylics for my airbrushing.) It’s not perfect, however. The big problem I’ve found is that it must be sprayed THICK to get that gloss, resulting in a slightly bumpy texture. Thin coats cause it to be very grainy and rough. The thick coat works okay on small parts but on large things like the hull of the war machine, it’s not so simple. This paint sprays out rough and overspray causes a mess. There’s no way to mask the top and bottom halves without a seam so I will just have to deal with it. It also is apparently not polishable with Micromesh, which is a bummer. What you get as your final coat is IT. 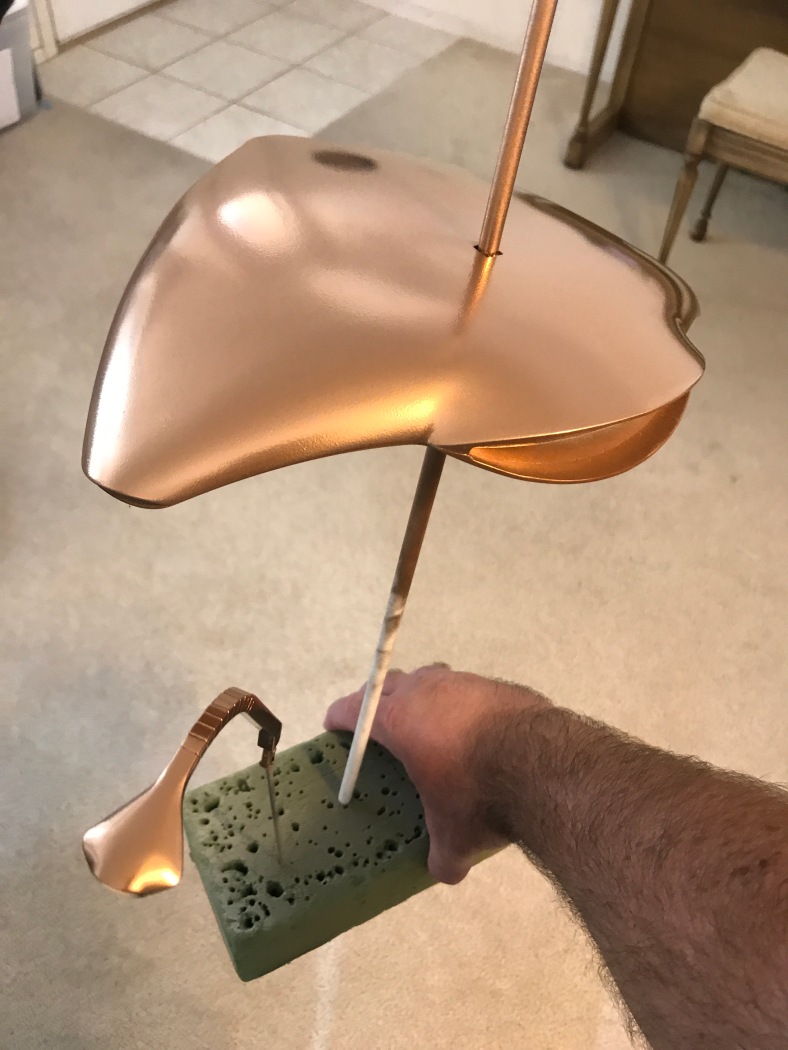 But then disaster struck:

Maybe the Krylon interacted badly with the Tamiya primer, maybe the Krylon went on too heavy… I’ll never know. All I know is that it required hours and hours of sanding to fix, spread over several weeks. And strangely this only happened to the main body. The neck and head are nice and shiny, as I’d hoped it would be.

I noticed, far too late, that the Krylon can warns not to sand because it may release lead into the air. So, uh, keep that in mind if you’re working with this stuff.

Finally got it repainted today and went at it a little easier this time. So far, so good, and this image is from hours after the final coat so I think it’s actually going to stay this metal-like. Pretty amazing. It’s not perfect but I think this paint may be a case where you just have to accept some flaws for the overall effect. I’m content, and that’s all that’s important, right?

Next up is finishing up the “glowing” lighted sections. I don’t really feel like messing with lighting so I’m going to simulate the glow with neon green paint from Rustoleum. It’s pretty convincingly bright.